E-commerce Niche In Mexico: How To Build Your Business Empire There Before Your Competitors Expand Into It

With its large, fast-growing, and increasingly online population, Mexico is now the biggest E-commerce market in Latin America. Over the decades, this country has been ramping up efforts to foster E‑commerce, in return, retail giants like Amazon and Walmarts are constantly extending their footprints there. In the meantime, Chinese cross-border E-commerce sellers are also keeping close eyes on this market.


What makes Mexico the most profitable market for the E-commerce business?

Mexico, a country in the southern portion of North America, culturally shares the same origins as other Latino countries. With Spanish as the
official language, over 80% of the population identifies as Catholic.Mexico has now become China's second-largest trading partner in Latin America.
In 2021, the bilateral trade volume between China and Mexico reached 86.6 billion U.S. dollars, a year-on-year increase of 41.9 percent, hitting
a new high, according to the Chinese Ministry of Commerce.The value of products imported from China reached approximately 73.51 billion U.S.
dollars, increased by 50.4% in comparison to the previous year, ranked NO.5 worldwide, which has created a historical record of trade deficit
with China.

The current population of Mexico is 131,591,236 based on projections of the latest United Nations data. This rapid demographic growth will
continue to increase especially for the young generation that takes up the most percentage of its population, while the median age is less than
30. In addition, Mexico is a highly urbanized country with nearly 80 percent of its population living in urban areas.

The Gross Domestic Product (GDP) in Mexico was worth 1293.04 billion U.S. dollars in 2021, according to official data from the World Bank.
With its remarkable urbanization level and GDP per capita, this country is harnessed with considerable purchasing power and economies of
scale in terms of logistics cost. In 2021, the annual household expenditure per capita reached 5,769 U.S. dollars, which surpassed the areas of
Africa and Southeast Asia.

With a revenue of 20 billion U.S. dollars in 2021 and 29.33% of market share in the LatAm E-commerce world, Mexico is marching onto the top
10. list of retail e-commerce development with an 18% CAGR, according to eMarketer. 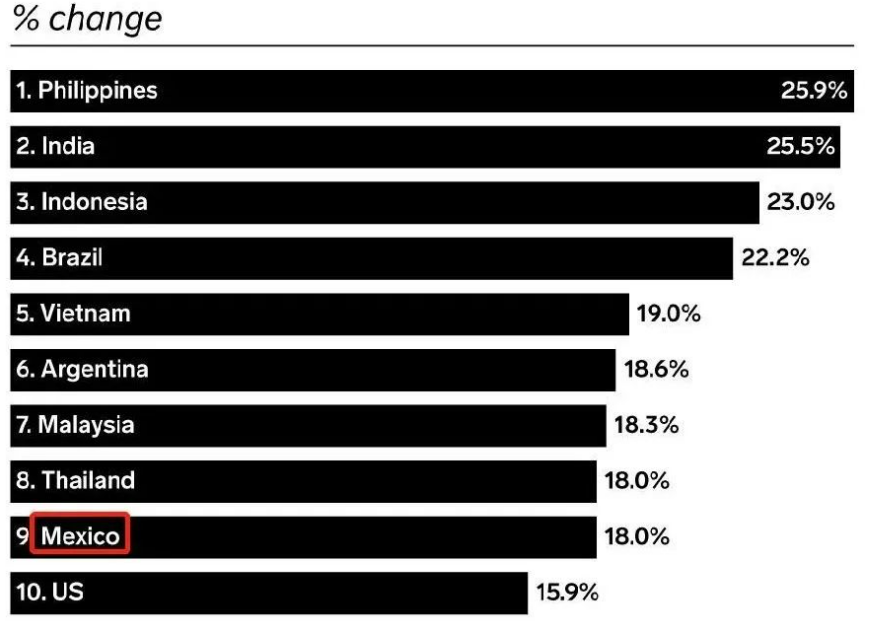 In 2021, the penetration rate in the online shopping cohort was 44%, while experts from Statista forecast it might reach 57.6% by 2025. Equally,
the online shoppers in Mexico will amount to 78 million from 60 million.

4- Cross-border online shopping gets popular, and so do Chinese products

In Mexico, apparel, consumer electronics, and cosmetics are the most popular cross-border online shopping categories, with market share ratios
of 42%, 23%, and 20%, which indicates the huge demand for consumer goods there and makes Mexico an untapped market for Chinese
merchants.

Skyrocket your E-commerce business in Mexico with YunExpress

The Covid-19 pandemic has ravaged economies throughout the world, the E-commerce competition in developed countries is getting way too
saturated and overwhelmed, whereas Mexico is a hidden gem that is loaded with business opportunities. For E-commerce merchants who are
eager to make a breakthrough, Mexico is a niche market to realize your ambition.

But you can't jump out of an airplane without a parachute.

To help sellers seize the E-commerce opportunity in Mexico, YunExpress has tailored logistics products: Mexico Registered Standard General
and Mexico Registered Standard, enabling products in general and products containing batteries to be transported from China to Mexico
efficiently. The estimated delivery time is 8-12 workingdays and the average on-time delivery rate is 95%. 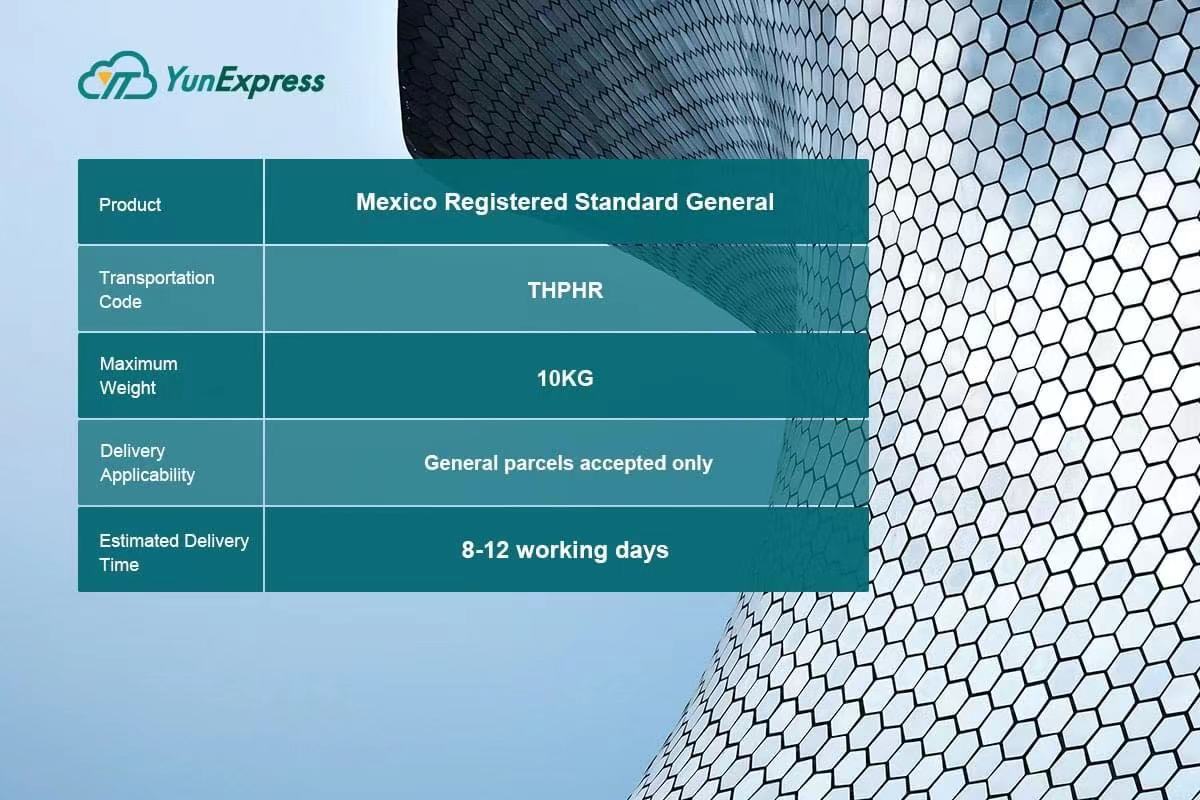 We place cookies in order to make sure our website works properly and to improve your browsing experience, to streamline and personalize our marketing content and to show you personalized advertisements (including on third party websites). We sometimes share cookie data with our partners for these purposes. Our cookies remember your settings and the data you fill out on forms on our website and analyse traffic to our website. Our cookies also register how you found us and collect information about your browsing habits. You can read more about our use of in our Cookie Notice.